I casually mentioned beet juice and its possible help in endurance in our running group last Saturday. I thought I would expand on that, versus talking about knee taping or pee.

Beet juice has caught on in the endurance world since several studies have come out indicating boosts in speed, longer time to exhaustion, higher power outputs, lower oxygen cost during exercise, and reduced blood pressure. Ryan Hall and several athletes have been known to drink beet juice during training.

Why does it work? We don’t know all the details, but one of the main reasons seems to be the nitrate content of beets. The nitrate is converted to nitrite by bacteria on the surface of the tongue then converted to nitric oxide in the stomach. Nitric oxide is a vasodilator which might improve delivery to cells. It might also improve the efficiency of the mitochondria – thus requiring less oxygen. Other nutrient factors besides nitrate might be involved as well.

How to prepare it? You can use a juicer, but I prefer a Vitamix since you can keep the fiber. The beet greens have a lot of good nutrients as well as the beet root, so you might as well juice/puree both. There are some companies that are selling beetroot juice, so you might be able to find that. Heating beets will destroy some of the beneficial nutrients. A low temperature steaming is probably okay.

What if you don’t like beets? Is there anything else? Yes, lettuce, spinach and other green leafy vegetables are also rich in nitrates.

Words of caution. We are discussing nitrate in the form of beets. This is different than other inorganic or organic nitrate or nitrite sources which should be used at a doctor’s direction or not at all. Pregnant women should consult with their doctor before consuming beet juice or taking any supplement. Some individuals are sensitive to beets and may experience symptoms such as headaches. Beet greens contain oxalic acid which can affect certain types of kidney stones. Individuals that have heart problems, blood pressure issues or are on any medication should consult with the doctors before taking beet juice. Beets may temporarily color your teeth or leave a stain on a white shirt. Beets may make your pee and poo red. 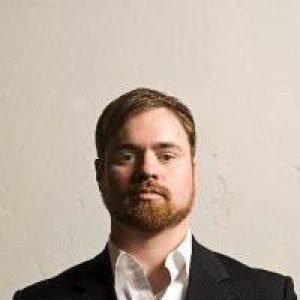 Dr. Michael Van Antwerp combines a unique combination of sports chiropractic, strength and conditioning, non-surgical decompression, taping and acupuncture. This unique collection of injury treatment and performance is called ZOVA. He is active in the running, cycling, strength and CrossFit communities, and enjoys working with other providers treating young and older patients. He has been in practice in the Tulsa area for 13 years.