If you know what the phrases #lugshots or #hellobetter mean, then you’re likely a runner using the shoe brand Newton. Since 2006, the company has been a leading innovator of the forefoot/midfoot running style and has crafted a unique design into their shoes to encourage a forefoot strike via the innovative “actuator lug” technology. The company’s shoe lines fall neatly in between the minimalist brands and the typical beefy heel strike varieties. Since the inception of the company, Newtons have traditionally borne 4 lugs on the sole, but the company recently added a fifth lug to the bottom of their entire shoe line. This then, is my review of the company’s newest innovation, the five-lug Newton Motion III Limited Edition.

The Fifth Lug. Mentioned earlier, Newtons have historically ridden on four lugs. Now, the standard design is a fifth lug. The model tested for this report is the Newton Motion III Limited Edition. The shoe is so named because of its limited edition color scheme in black. Wearing any version of Newtons for the first time will give the wearer a sense that his/her toes are higher than the heel when standing still. However, when running, this feeling acts as a guide to remind the wearer to strike toward the forefoot rather than the heel.

Other than the existence of the fifth lug, the main difference between the older four-lug model and the new is the lower profile of the lugs from the sole. This provides less of that toes-higher-than-heels feeling and did not impact running stride.  Newtons run small. Thus, the company recommends that you choose a size that is ½ to 1 full size larger than your normal size. Once in the shoe, the wearer will be greeted with a roomy toebox and a solid, but not restrictive, heel cup. The upper materials are breezy and allow easy heat transfer. Additionally, the lighter materials lessen the weight of the shoe (9.3 ounces as tested) which pegs it at the lighter end of the scale for a distance trainer/racer.

Drop. Newtons are a low-drop shoe, meaning that the net difference (in millimeters) between the height of the heel and the height of the midfoot is low. For reference, a typical heel-strike-oriented running shoe has a drop of 10 – 15mm. Newtons (depending on model) run from 0mm to 4mm. My tested model has a 3mm drop. Anyone considering a switch to a low-drop shoe from a 15mm shoe had better plan on some time to get acclimated to the change. Otherwise, you could find yourself in a heap o’ trouble with your calf muscles, which bear the brunt of the stress when running in a low drop shoe. Newton Running provides some guidance on making this switch via its website.

Price. Newtons are fine shoes, but they aren’t cheap. The dinner conversation where I broached the subject with my wife about the aforementioned Newton purchase ended with the phrase,

Thus, I was required to work nights and weekends, do chores after school, wash my wife’s car for a month, etc. before being granted the right to purchase said pair of shoes. Needless to say, these shoes reside in a locked safe when not in use. In the end, it will be up to the individual to determine whether the technology, fit, feel, and ride of Newtons warrants the price paid.

Feel. Let’s face it, when it comes to running shoes, it’s all about the ride. I don’t care how great the marketing messages are for a shoe, if it doesn’t live up to the hype and provide some serious benefits to the ride, runners aren’t going to stick with it for long. And since serious runners are creatures of habit, it can take quite a bit of coaxing to get us to try a new brand of shoes. What tipped the scales for me? I have never spoken to a Newton runner who told me that he/she regretted the decision to try the brand. Quite the contrary, many Newtonians tout that the decision was the best they ever made, changed their life, eliminated their knee pain, etc. Granted these are anecdotal comments, but they illustrate the high level of commitment Newton owners profess.

The new Motion lives up to the hype. The ride is smooth and gives plenty of room in the toebox yet holds the foot securely in place. That’s important—just ask anyone who’s ever lost a toenail when the foot is allowed to slam forward into the tip of the shoe. The sole under the toes is intelligently built to handle the increased stress of a forefoot strike. This part of the sole provides more rigidity than a heel-strike shoe in this area for obvious reasons. Not only does it support the lugs, but it also helps provide a stable landing platform by eliminating the side-to-side sway of a minimalist shoe.

While I have run in Newtons in the past, the new 5 lug Motion is a winner. I cannot tell the difference in ride between the four and five lug models. The fifth lug allows the force of impact to be spread evenly over each metatarsal section in the foot. In that sense, this new model provides more of a good thing.

In my opinion, a great running shoe should allow the runner to forget about the shoe and focus on the walk, run, or race at hand. These shoes do just that. In the end, I really like these Newtons. I’m keeping them. They will be on my feet for my next race.  If you haven’t already, I encourage you to try a pair.

If you need me, I’ll be outside washing my wife’s car. 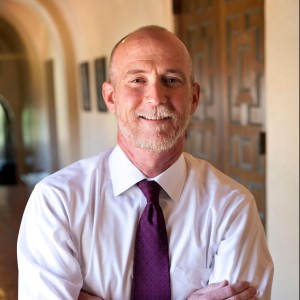 Brett Andrews was born and raised in Tulsa. He has a ridiculous obsession with convincing other people that they can accomplish the impossible. Addicted to triathlon, he is currently training for Ironman Chattanooga.